The campaign is part of a global advertising partnership between Hyundai Motor and Sony Pictures, which the companies signed in May 2020. The purpose of the partnership is to demonstrate the vision of human-centric mobility through products and technological innovations. 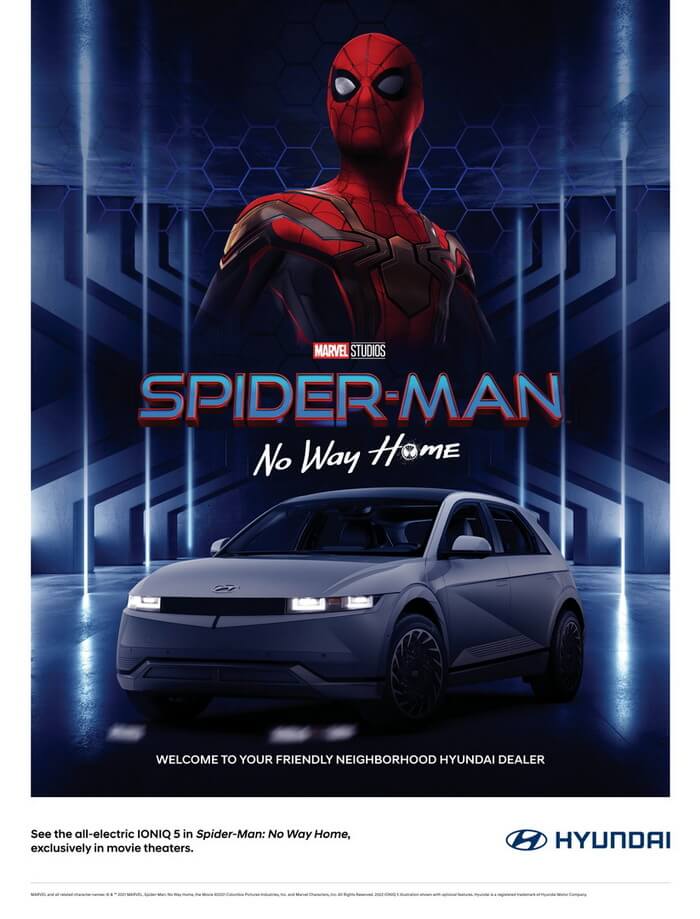 “The presence of IONIQ 5 and TUCSON in Spider-Man: No Way Home is the first major milestone in the strategic partnership between Hyundai Motor Company and Sony Pictures Entertainment,” said Thomas Schemera, Hyundai Executive Vice President and Global Director of Marketing. motor company. “We expect a huge marketing impact from this collaboration. This captivating movie and the two vehicles involved at key points in the storyline will cheer up millions of viewers around the world.
Hyundai is synonymous with cutting-edge technology and innovative design, so it’s no surprise that they have developed such a dynamic marketing campaign for the IONIQ 5 and TUCSON. We have no doubt that Spider-Man fans will have a lot of fun with this innovative collaboration,” said Jeffrey Godsick, Vice President of Global Partnerships and Brand Management at Sony Pictures Entertainment.

Hyundai also plans to collaborate with Uncharted in 2022 and the sequel to the Oscar-winning animated film Spider-Man: Into the Universe, which are scheduled to premiere in February and October 2022, respectively.

First generation Hyundai Grandeur is reborn with an all-electric powertrain

Hyundai has introduced the second model of the Heritage series after the Pony electric restomod introduced in April this year.

This time Hyundai’s designers and engineers have opted for the classic Grandeur sedan. Introduced in 1986, the luxury sedan celebrates its 35th anniversary this year, so Hyundai decided to electrify and refine the retro car. 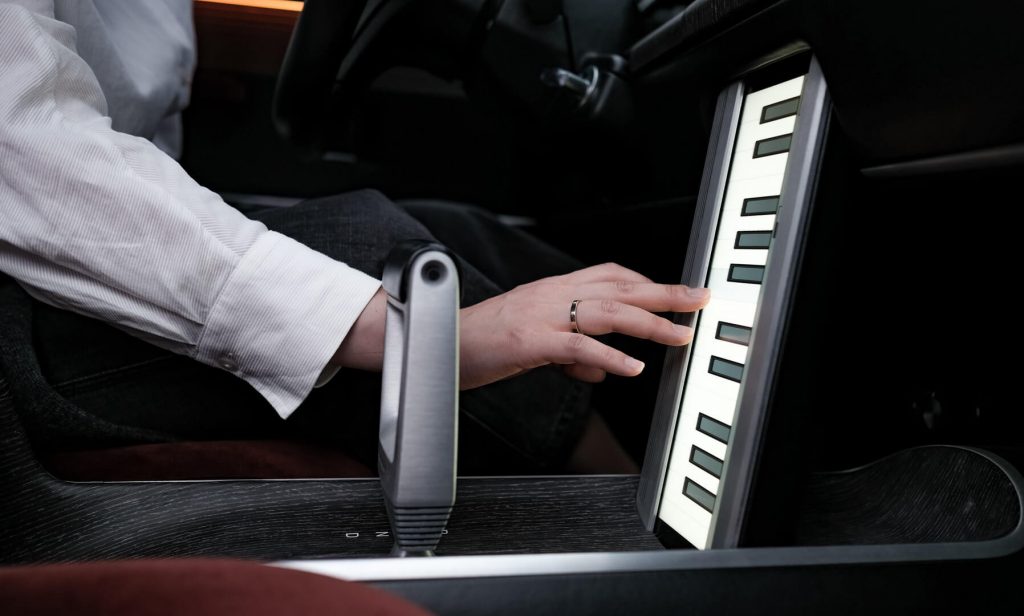 Hyundai’s design team has reimagined the first-generation Grandeur as an all-electric vehicle, featuring the “Parametric Pixel” optics of the new IONIQ 5 production model and an ultra-modern interior wrapped in burgundy velvet and Nappa leather.

On the outside, the Heritage Series Grandeur shows off much of its retro charm, but with tasteful updates such as new side mirrors, enclosed wheels, sliding fascias, and the aforementioned pixel-style LED headlights and taillights that hint at Hyundai’s electric powertrain concept.

In the luxurious interior of the Heritage Series Grandeur, the designers applied the “Newtro” (novelty + retro) concept theme to stimulate the passengers’ senses with bronze-colored lighting, reminiscent of period sound equipment and a modern audiophile sound system.

The front seats are upholstered in burgundy velvet inspired by the original Grandeur, with an unexpected accent of elegantly stitched and lacy tan Nappa leather on the back. The center console armrest has a hidden pull-out storage compartment for valuables.

The designers seamlessly integrated the latest technology along with trendy retro equipment. They replaced the dials and buttons on the dashboard with an ultra-wide, flat-screen touchscreen display, but retained the 1980s vibe with a single-spoke steering wheel and gear selector similar to a lever in an airplane cockpit.

In the cabin, a 4way4 sound system with 18 speakers was installed, designed taking into account the principles of acoustics of concert halls. When the electric car is parked, the screen on the center console can be turned into a virtual piano, the sound of which will be played through the speakers.

A bronze-coloured beam of light that starts at the left and right edges of the instrument panel extends throughout the cabin, penetrating the B-pillars, lending a pleasing touch to the well-appointed interior. Infinity Mirrors reflect light, giving the second row an even wider sense of space, befitting a mid-1980s zeitgeist luxury sedan.

By reimagining the 1975 Pony and 1986 Grandeur as electric vehicle concepts, Hyundai designers will continue to rediscover heritage values ​​with yet another Heritage Series.